Sing up for our newsletter to stay in the loop. 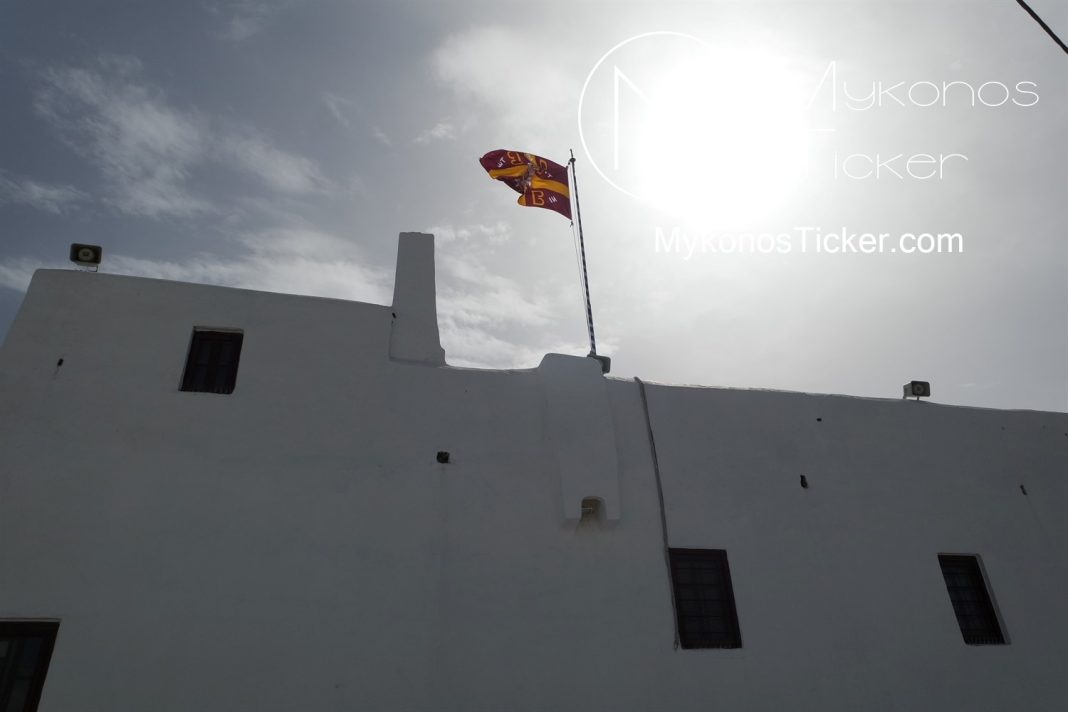 The Monastery of Panagia Tourliani, southeast of the island’s main town of Chora, dates from the 18th century and has a marble bell tower with intricate folk carvings. Originally founded in 1580, the monastery is dedicated to the protectress of Mykonos.

Its massive baroque iconostasis (altar screen), made in 1775 by Florentine artists, has small icons carefully placed amid the wooden structure’s painted green, red, and gold-leaf flowers. At the top are carved figures of the apostles and large icons depicting scenes from the New Testament.

The hanging incense holders with silver dragons holding red eggs in their mouths show a definite Eastern influence. In the hall of the monastery, an interesting museum displays intricate ecclesiastic embroideries and liturgical vestments, as well as wood carvings.